The theme of 2020 weddings is a change of plans- and Rhea and Raf’s Cape Kiwanda Boho Elopement was just that! With Rhea’s family being in the Philippines, they decided to do a virtual zoom wedding. They set up their laptop at the top of the sand dune where they held their elopement ceremony! Every wedding or elopement that I have been a part of in 2020 has all turned out to be perfect. We had surprisingly good coverage and their family and friends were able to watch and be present at R + R’s Oregon elopement!

Rhea and Raf’s love story is the cutest! They first met in Australia when Raf went on a business work trip. Ever since then, they have fallen in love but were doing long-distance for a while. Rhea was ready to come to the states, so they decided to elope here on the Oregon Coast. They were the sweetest couple and just so in love! Raf’s parents live in Seattle so they were able to come to Portland to witness this special day. His parents were so much fun and helped scout the perfect location for their elopement ceremony. Raf’s dad even hiked up the sand dunes with the ceremony flowers and elopement table –it was so sweet.

We started the elopement day with some couple’s portraits of these two on the beach! It was a quiet day and we had the entire beach to ourselves. They were so carefree, just running around and dipping our feet into the water, which Raf wasn’t a fan of at first but Rhea pulled him in anyways, that’s when we said, “HAPPY WIFE, HAPPY LIFE!”

After the couple’s session, Rhea slipped on her stunning boho Free People wedding dress and got ready for the elopement ceremony. Rhea was so carefree, laidback and the most beautiful bride! She loves being by the water so eloping on the coast was a must. The only thing she cared about was finally getting to marry Raf and waking up to him every morning.

The officiant arrived and Raf’s parents set up the zoom call. We hiked up to the cliffside to their ceremony spot and the views of the Oregon Coast were just breathtaking. It was the perfect spot to say their I DO’s. I am so glad I was able to be a part of Rhea & Rafs Cape Kiwanda Boho Elopement. 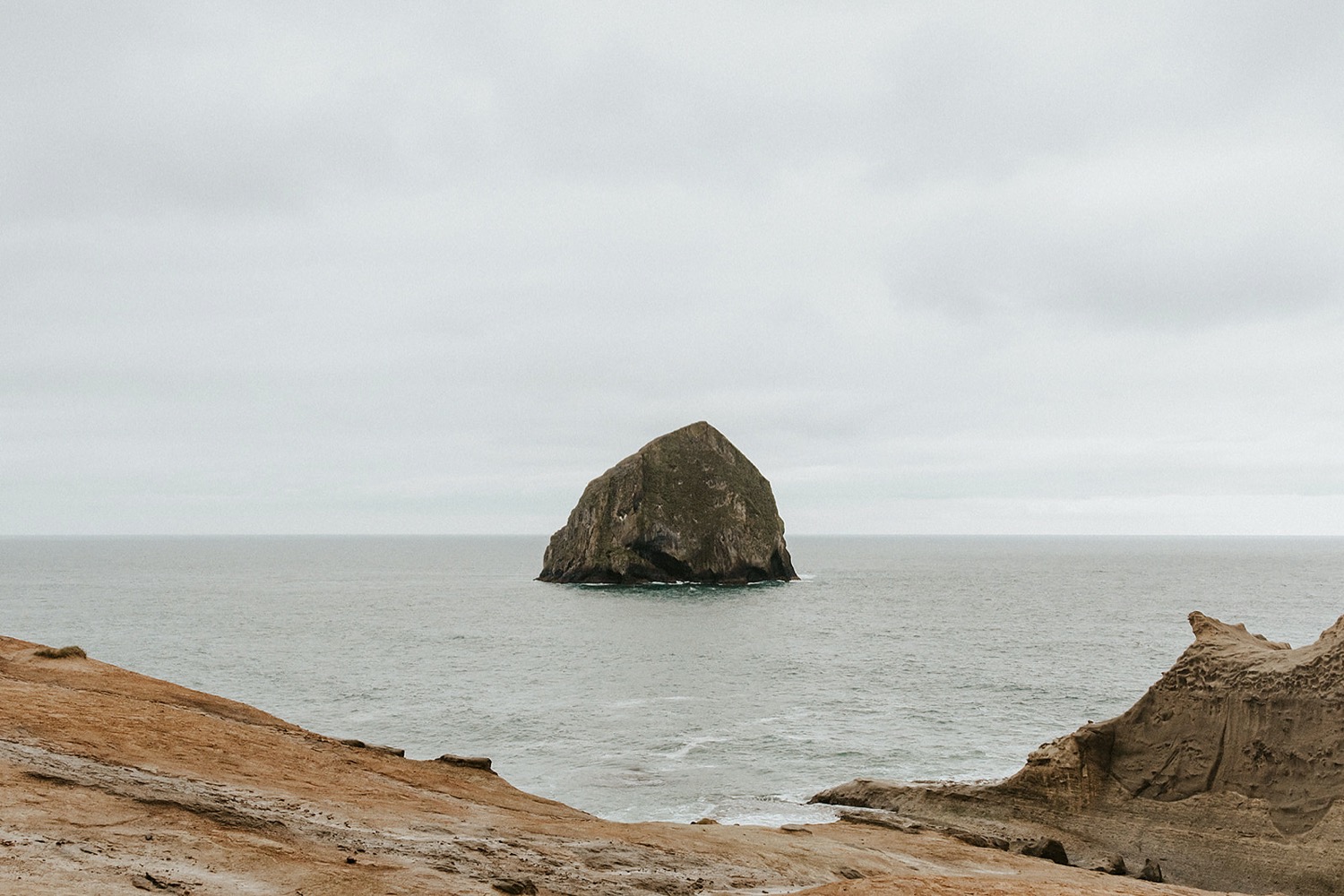