This day on the Hoyt Arboretum trails was perfect. We went into the forest early in the morning and that early wake-up call was well worth it. The light was hitting the trees in the PNW forest so perfectly. It looked like a whimsical forest dream in these engagement photos. It was actually really cold and cloudy this morning but, you would never think that when looking at these photos. Hoyt Arboretum is one of my favorite locations for couples who want that true PNW nature feel in their photos. It is just so beautiful.

Lidia and Justin ran around the redwood-covered forest, danced, played, and just had the best time. They were the sweetest couple and they were so in love. They were really nervous going into these engagement photos because they have never gotten photos done together. These two ended up being so natural in front of the camera! I was so glad that they ended up havin’ a good time! Lydia wore the cutest white midi engagement dress with a simple cardigan sweater thrown over her shoulders. Justin wore a classic denim jacket, black denim jeans, and simple brown boots – so much engagement photo outfit inspo!

After running around the forest, we headed to Eastbank Esplanade for some city views! Lidia grew up in Portland, Oregon so she was excited to capture the forest and city feel that Portland is known for.I loved the variety that the lush green forest photos and the urban city photos brought to Lidia and Justin’s engagements. During the whole shoot, we had a little bee friend following us around and trying to land on Lidia’s head the entire time! We laughed as Justin kept swatting around her head.

This totally described these two and our day together. It was so chill, relaxed and felt like I was hanging out with old friends. 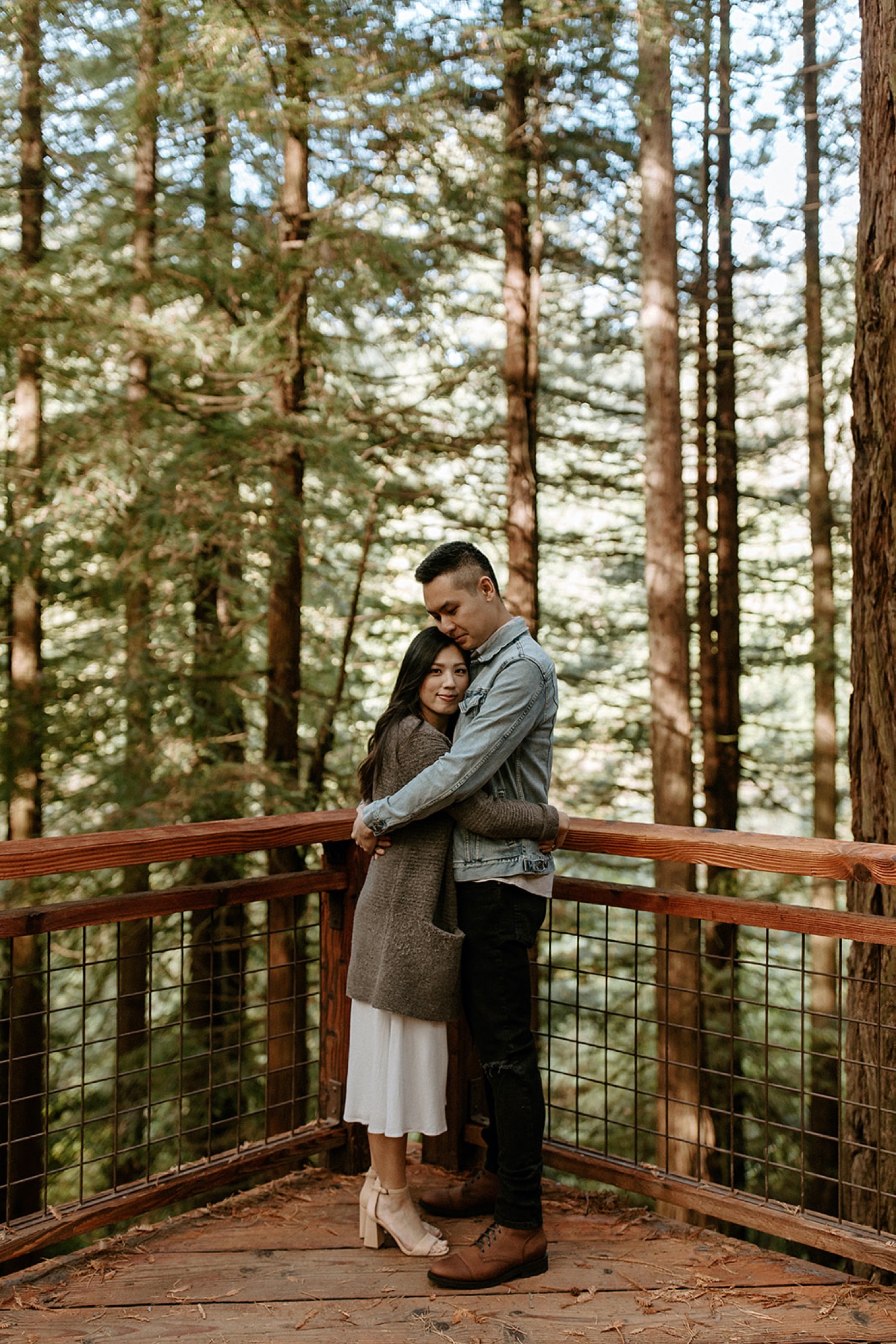