Taking these Studio Engagement Photos in Portland was a blast with Kaylee & Howard!

Kaylee and Howard are both in the photography/videography world & I was so excited to shoot their studio engagement photos. It was a little nerve-wracking shooting them, but they were so fun and it seriously felt like catching up with old friends even though we met for the first time that day! I don’t know what it is, but shooting another creative can be scary at times but it always ends up being a great time!

We connected instantly and It was cool to find that we share some common backgrounds. We all attended the University of Oregon and Howard was middle school besties with a close friend of mine. Such a small world! These two freaking rocked the shoot! They showed up and understood the assignment and seriously looked like models. I’m still obsessing over this studio day with them!

Kaylee and Howard brought along 3 different outfits which created a lot of diversity in the photos! The first outfit they wore was casual & neutral. They made these casual photos so much fun with all the movement in their poses! Next, they changed into their Asian Traditional attire. Kaylee being Korean, wore a Hanbok that had the prettiest light pink and purple hues! Howard, being Chinese/Mandarin, wore a Tang jacket and I loved that they incorporated these into the shoot! Lastly, they changed into their modern dressy outfits for a classier vibe!

These studio engagement photos in Portland turned out so good & I just had the best time with these two! 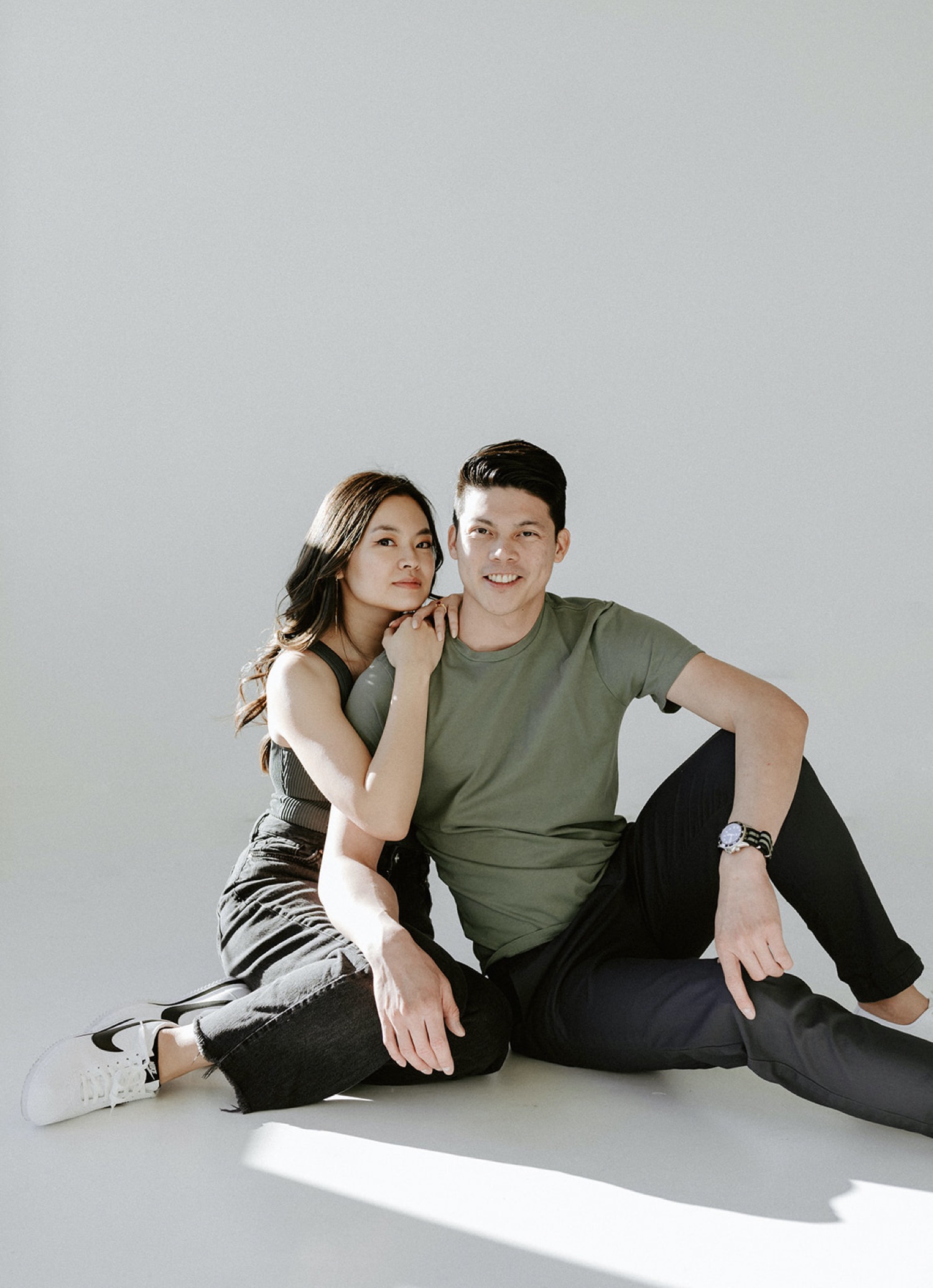