As an Oregon photographer, I get to shoot at so many beautiful locations. Hoyt Arboretum park in Portland Oregon is one of my favorite spots and pretty much my second home. This evening on the PNW was the dreamiest surprise proposal with Angela and Mariah.

Over-the-moon excited when Angela reach out to me to help her plan her proposal to Mariah. After chatting with her for a while, we figured out a game plan to surprise her soon-to-be fiance.

The shoot began at Hoyt Arboretum. We adventured around the park, exploring all the lush greenery around this area and snapping the cutest pics of these two lovebirds. Their love for each other was so powerful and I felt it during the whole shoot. The way they looked at each other and how their eyes sparkled was so easily captured in these pictures. My heart was exploding!

After the shoot around the park, it was time for the proposal. With the help of Luxe Picnics Pdx, a new company my good friend started, I had Arinda set up the cutest surprise proposal area and at the end of the session, I blindfolded both of them and walked them over to the set to surprise them. The picnic set up With such a dream. Luxe Picnics Pdx, set up the most perfect picnic including a charcuterie board champagne and A light-up “marry me” sign.

They took off their blindfolds and Mariah was completely surprised. she said yes and we all got teary-eyed. It was the sweetest and most special moment. I am so grateful then I could capture it all for them. 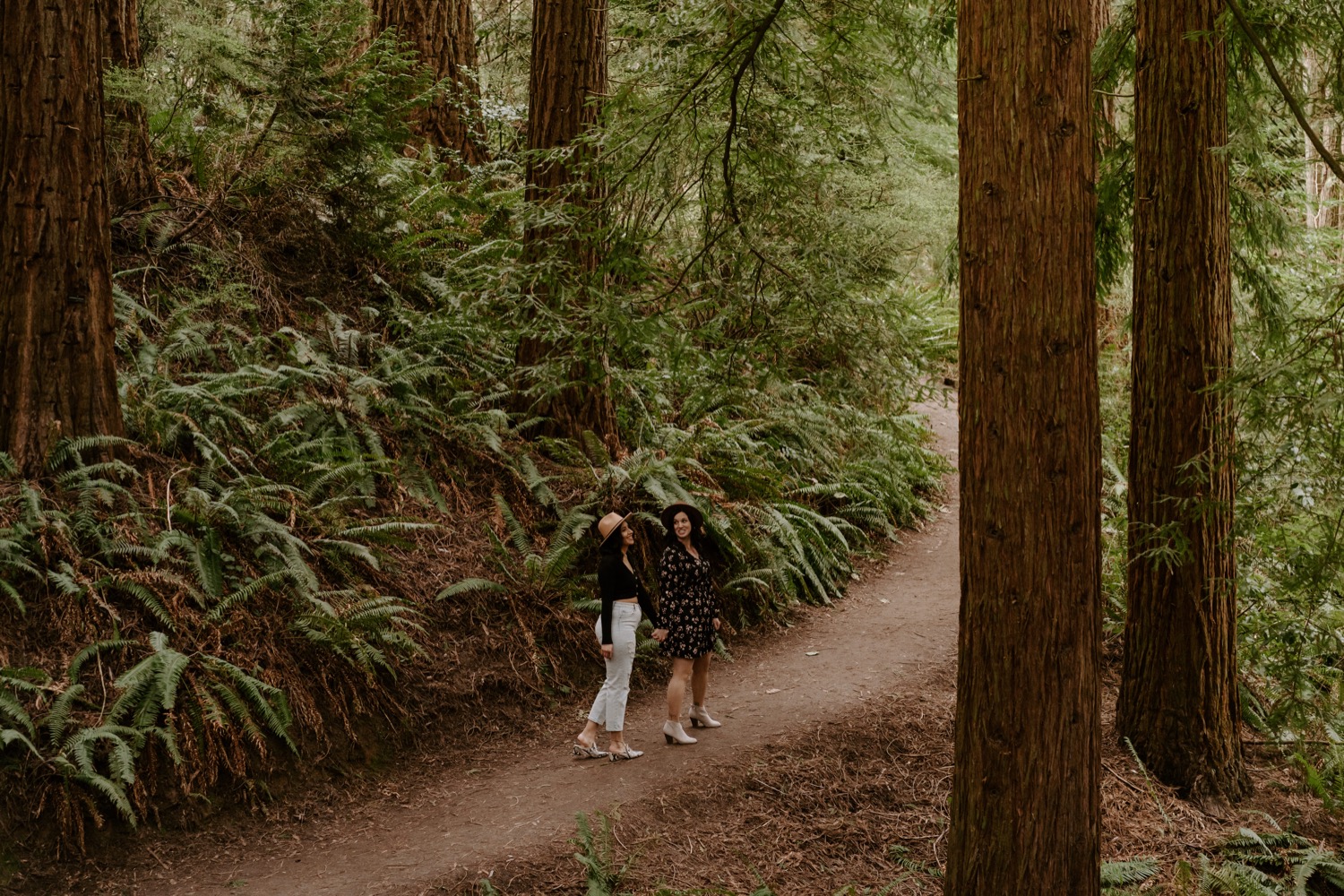