Alicia + Matt’s Oregon Coast Elopement at Cannon Beach was such a beautiful day!

When Alicia and Matt first reached out to me about the intimate day they had planned, I was so excited! We clicked right away and I was stoked to be a part of their Oregon Coast Elopement!

Alicia and Matt decided to elope at Cannon beach! This is one of my favorite elopement locations in the Pacific Northwest. There is something so special about Cannon Beach and it is just so gorgeous! It was the perfect place for Alicia and Matt to say their I do’s.

After we did the first look in front of the hotel room, we made our way to the lawn for the Oregon Coast elopement ceremony. We found the perfect spot for the ceremony with the prettiest views of the rock on Cannon Beach. It was a teary-eyed ceremony and such a sweet moment. After the ceremony, we adventured around the cliffside, on the beach, and the hills. It was gloomy and overcast but these wedding photos were giving me Iceland elopement vibes!

Throughout the whole Oregon coast Elopement, what stood out to me most was how present Alicia and Matt were. Everything they did was just for them and I loved that so much! They were so easy-going and down for anything! Nothing about their day felt rushed and everything was so intentional. Their love for each other shines and you could just tell how excited they were to be married! Their elopement day couldn’t have been any more perfect and dreamy!

Wedding Dress – Brides for a Cause 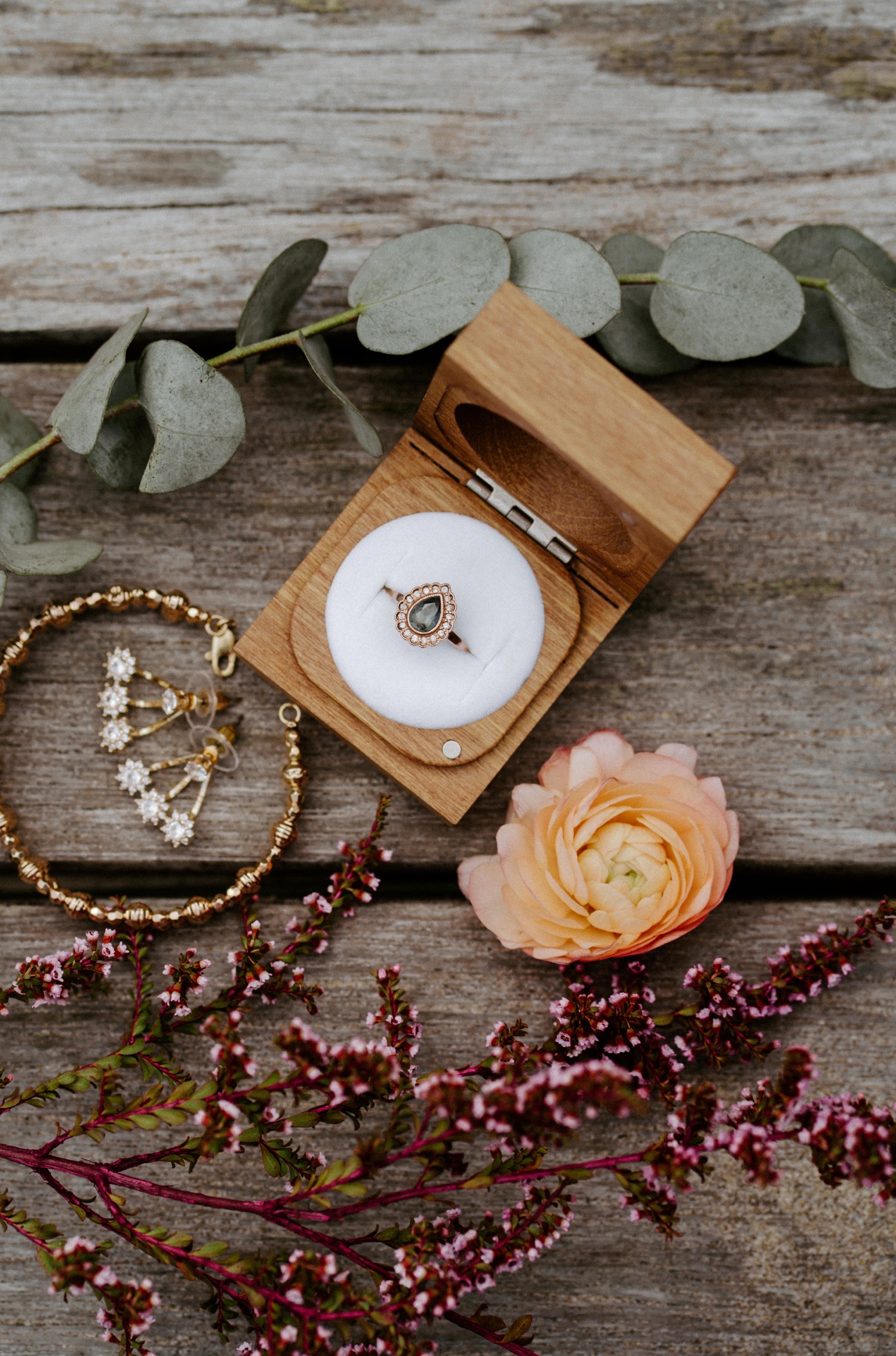